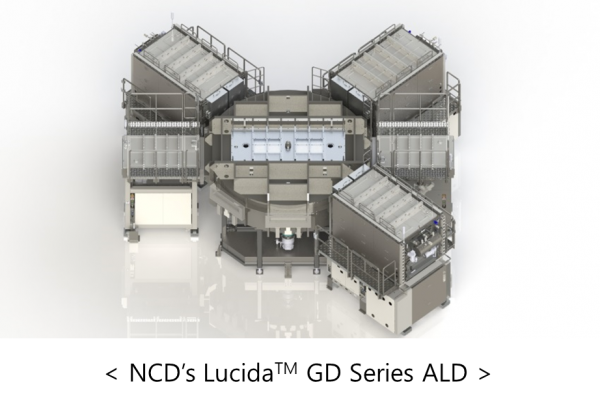 LTPS TFTs have been applied to most of the display for smart phones which consume most of the power for their operating because they have high electron mobility showing fast response time even if they have higher power consumption than that of IGZO TFTs,
Recently applications of LTPO (Low Temperature Polycrystalline Oxide) TFTs have been increasing to save the powder consumption of mobile and wearable devices. LTPO TFTs are the device combining LTPS TFTs with fast speed and Oxide TFTs with low leakage current. That is, switching uses Oxide TFTs because of being on/off the light fast and operating uses LTPS TFTs due to changing display rapidly with control of the mount of light.
A lot of smart device manufacturers including Apple are using or will use LTPO displays for their latest smart watches because their power consumption can decrease ~40%. Also, many manufacturers like Samsung and Apple have actively been developing their high-end smart phones equipped with the LTPO displays to make the power usage optimized.

IGZO thin films used for Oxide TFTs have typically been processed by sputtering, but this method continuously has been showing lots of issues such as their bad thickness and composition uniformity, degradation of the physical and electrical properties due to plasma damage and the stability problem of targets. However using thermal ALD-IGZO, it is possible to deposit high quality thin films because of no plasma damage in process, low process temperature, and atomic scale controllability of thickness and composition.

It is possible to get exact target atomic compositions of IGZO thin films by controlling the ratios of ALD cycle of respective sources in thermal ALD. Therefore this method could show the superior device properties to that by sputtering because it enables to control easily and exactly the most suitable atomic composition for the respective device structure of customers.
NCD has been developing high throughput batch IGZO-ALD system with its creative technology enabled to adapt the target atomic composition for respective devices. NCD could provide the competitiveness of excellent quality and the high productivity for LTPO TFTs including IGZO thin films using Lucida GD Series ALD which could process many and large area substrates at once.